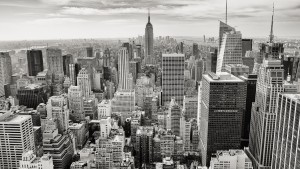 CME Group Inc. is seeking to broaden access to its clearinghouse, letting investors bypass banks in what could be a major step toward reshaping how the derivatives industry works.

Under the plan, asset managers who trade futures and swaps would be able to post collateral directly in the clearinghouse run by CME, operator of the world’s biggest derivatives exchange, rather than go through a bank such as JPMorgan Chase & Co., Morgan Stanley or Goldman Sachs Group Inc., which pool their collateral with other customers’ funds. Chicago-based CME is awaiting U.S. Commodity Futures Trading Commission approval of the change after submitting a proposal in July.

The change comes as rising costs from new regulations are cutting into banks’ profits from the business. Goldman Sachs has recently been assessing its derivatives customers to weed out any it determines have become too costly, according to people familiar with the matter. Those decisions have been conveyed to customers in meetings over the past few months, the people said. Investors benefit because they’ll no longer be exposed to the risk of their bank — or one of the bank’s customers — collapsing and imperiling the money they set aside as protection from losses.

Originally published on Bloomberg.com Click here for the full story at Bloomberg.